A downloadable game for Windows

Kill Guns is a 3rd Person Multiplayer Shooter about being Guns.

Aim of the game is to deplenish your opponents ammo. You can do this by either shooting the other teams ammo pile, or by provoking your opponents to waste their ammo on you.

You spawn as an empty gun, so you have to go to your  ammo pile and pick up some bullets. Doing so will cost your team ammo, so make sure you gonna make it worth.

If your teams ammo drops to 0 you loose. If you get killed while still holding bullets, you gonna drop them on the ground and other players can pick them up. If you spend to much bullets on  enemys who  are actually empty, each shot could be a waste, so a disciplined trigger finger is key.

Keep in mind to hit that Enemy Pile!

The Game offers 6 playable characters, 3 maps and can be played with 2-10 players. Kill Guns is a solo-project i did for a school exam, and is done in Unreal-Engine using Blueprints only. Current build is about 6 month in development, and i'd call this a first playable Alpha. Lots of things are still in a conceptual state. Networking is pretty fundamental, so its best played at Local Networks. However you can play it online via steam if you are within the same region.  If you can gather some friends with UE4 capable rigs, your good to give it a shot.

I hope you enjoy !

R - reload (only works when close to Ammopile)

Q - swap character (only works when close to Ammopile)

Make sure everybody picks a Teamcolor and a Character when in the lobby.

There is a bug that lets the host of the game start with the wrong colour in the warmup, when the game starts he will spawn with correct colour.

If you return back to the lobby after a game, new players can't connect to the server, so you will have to host a new one if additional players want to join. 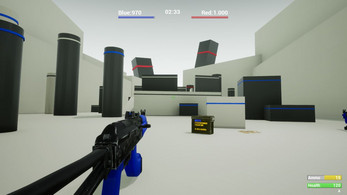 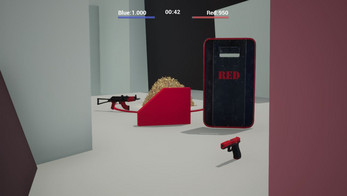 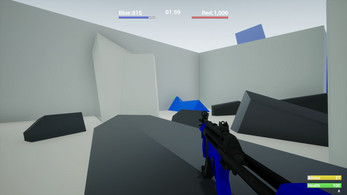 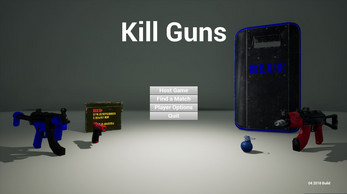